Vigils for the victims of Thursday night’s mass shooting at a FedEx facility in Indianapolis continued on Sunday, as people gathered both in Beech Grove and downtown to honor and mourn the lives of the eight individuals who died:

About 150 people stood outside Beech Grove’s City Hall building at 7 p.m. to attend a prayer vigil organized by the city of Beech Grove and the Mayor’s Faith-Based Roundtable.

At the end of a series of speeches and prayers, Pastor Dan Bailey invited people to take a small plastic light from the cardboard box at the top of City Hall steps as a symbol of hope.

“Shine the light, chase away the darkness, go into our community and set this city on fire with a light from above that the darkness must flee,” he said. 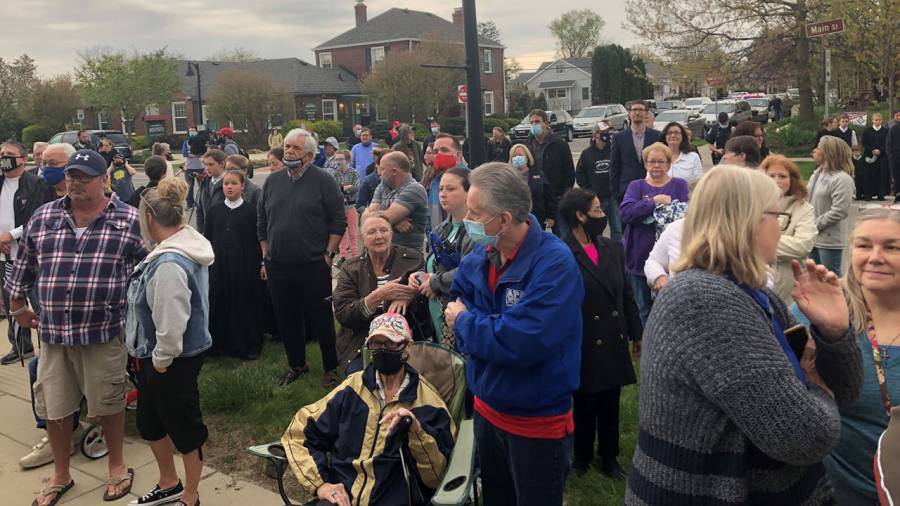 Earlier in the day, another crowd of about 200 people gathered at Monument Circle for a different vigil. Those attending the downtown vigil were asked to bring flowers, pictures and candles.

Many of the victims’ families attended both vigils. Brandon Smith was among them. Karli Smith, his younger sister, is one of the people who died in the FedEx shootings. She was 19 years old.

Taylor Hall and Tyshara Loynes -- the two college students who also helped organize a number of the racial justice protests in the city in the past year -- organized Sunday’s vigil at Monument Circle.

Hall said she and Loynes wanted to organize this vigil to provide a space for the victims’ families to gather and support each other and to have others in Indianapolis come out to support them.

Four of the victims of the shootings at FedEx were from the Sikh community. An estimated 8,000 to 10,000 Sikhs call Indiana home.

Gurinder Johal, son of Amarjeet Johal, said he moved to Indianapolis to be close to his mother, who was one of the victims in the shooting.

“There’s nobody else here for me. She was the only one that called me every other day, everyday, just to check up on me,” Johal said. “I’m never going to get those calls again. And that was the only call I looked forward to everyday.”

Motive remains unknown
Johal emphasized that he -- and the rest of the community -- needs answers as to how this could have happened.

As of Sunday afternoon, Indianapolis police had still not shared a motive for why 19-year-old Brandon Scott Hole opened fire at a FedEx facility on the southwest side of Indianapolis and killed eight people and injured several others.

Hole, a former employee of the FedEx facility, legally purchased the two assault rifles used in the attack in July and September, IMPD said on Saturday.

IMPD did not share where Hole bought the guns, citing the ongoing investigation, but said Hole was witnessed using both rifles during the assault.

Indianapolis police said Hole began firing randomly at people in the parking lot of the FedEx facility late Thursday, killing four, before entering the building, fatally shooting four more people and then turning the gun on himself.

FBI agents had questioned Hole last year after his mother called police to report that she was worried her son would try to commit “suicide by cop.” Agents seized a pump-action shotgun from Hole’s home after responding to the mother’s call.

Indiana has a “red flag law” that allows police or courts to seize guns from people who show warning signs of violence. It became one of the first states to enact such a law in 2005, after an Indianapolis police officer was killed by a man whose weapons were returned despite hospitalization months earlier for an emergency mental health evaluation.

The law is intended to prevent people from purchasing or possessing a firearm if they are found by a judge to present “an imminent risk” to themselves or others.

Authorities have two weeks after seizing someone’s weapon to argue in court that the person should not be allowed to possess a gun, according to the law. Officials have not said whether a judge made a red flag ruling in Hole’s case.

In a statement issued Saturday, Hole’s family apologized to the victims’ families and said they had tried to get Hole the help he needed.

“We are devastated at the loss of life caused as a result of Brandon’s actions; through the love of his family, we tried to get him the help he needed,” the family’s statement said. “Our sincerest and most heartfelt apologies go out to the victims of this senseless tragedy. We are so sorry for the pain and hurt being felt by their families and the entire Indianapolis community."

This is the third mass shooting in Indianapolis this year. Maninder Singh Walia, a community member and board member of Sikh Satsang of Indianapolis, said it’s a sign that things have got to change.

“Enough is enough,” he said to applause from the crowd at the Sunday vigil at Monument Circle. “We mourn for all. It’s not, we’re mourning for four of our brothers and sisters. We mourn for all.” 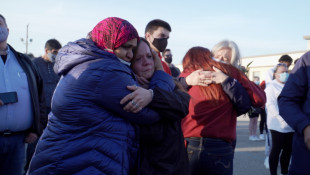 Community members and elected officials gathered for vigils Saturday to honor the victims of Indianapolis' third mass shooting this year. 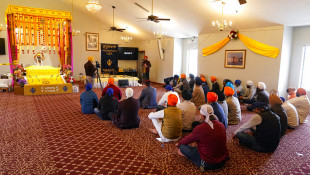 Four of the people killed in Thursday's mass shooting at a FedEx warehouse on the citys southwest side were members of Indianapolis' tight-knit Sikh community.