Hundreds of pre-K through fifth grade students could be forced to switch schools next year if the board of Perry Township Schools approves redrawing elementary school enrollment boundaries. The district will decide the significant changes this month as it works to address its crippling bus driver shortage.

“Our routes are 50 minutes in length,” Chris Sampson, associate superintendent, said Monday evening during a public meeting about the proposal. “And depending on where you live and what school you have chosen to go to, the distance can be a little bit daunting. Therefore, we aren't able to pick up as many kids as possible to get there in a timely fashion.”

The district estimates transporting students within newly designed boundaries could eliminate 15-36 bus routes. That would also reduce the number of students who are able to attend a school outside of their boundary, an option known as intra-district transfers or school choice.

But some parents say they've been left out of the process and fear changes — like being required to enroll their children in a different school — will negatively impact them and others.

Danielle Rhodes, a mother of three children, said the changes will impact her sons’ after school plans and cause her family to pay hundreds of dollars for costly childcare services. She’s also concerned about kids’ wellbeing as they could endure even more disruptions since the beginning of the COVID-19 pandemic.

“These changes will impact so many elementary students in our district and most of these students have not had a normal, stable school year yet,” Rhodes said. “So why not to to allow them some sense of security by allowing them to stay where they are?”

Why is this happening

The district on the southside of Indianapolis has struggled to find drivers over the past years due to a national bus driver shortage caused by the COVID-19 pandemic.

Currently, Perry Township employs 102 bus drivers and needs 15 more to be fully staffed, according to district documents. But the district can’t fill the positions. It also lacks substitute drivers who can fill-in when a driver calls in sick.

Earlier this year, legislators passed a law that would allow school districts to use different modes of transportation other than a yellow bus, such as a 16-passenger van, to drive kids to school. But Sampson said there are other laws that prevent the district from utilizing this solution.

“Even though they allow that to happen, there are still regulations and rules governing those 16-passenger vans,” Sampsons said. “And the bottom line is, they cannot stop on the street and pickup kids, they have to pull into a parking lot or driveway and then back out onto a busy street. So we don't consider that a safe option for us.”

In May, Perry community members voted to renew the district’s $154 million property-tax referendum to support teacher salaries, STEM programming and transportation. The funds prevented the district from reducing bus driver pay and benefits, bus monitors and staff who plan routes. Yet, despite attempts to offer competitive salaries and a robust transportation team, the district has come up short. 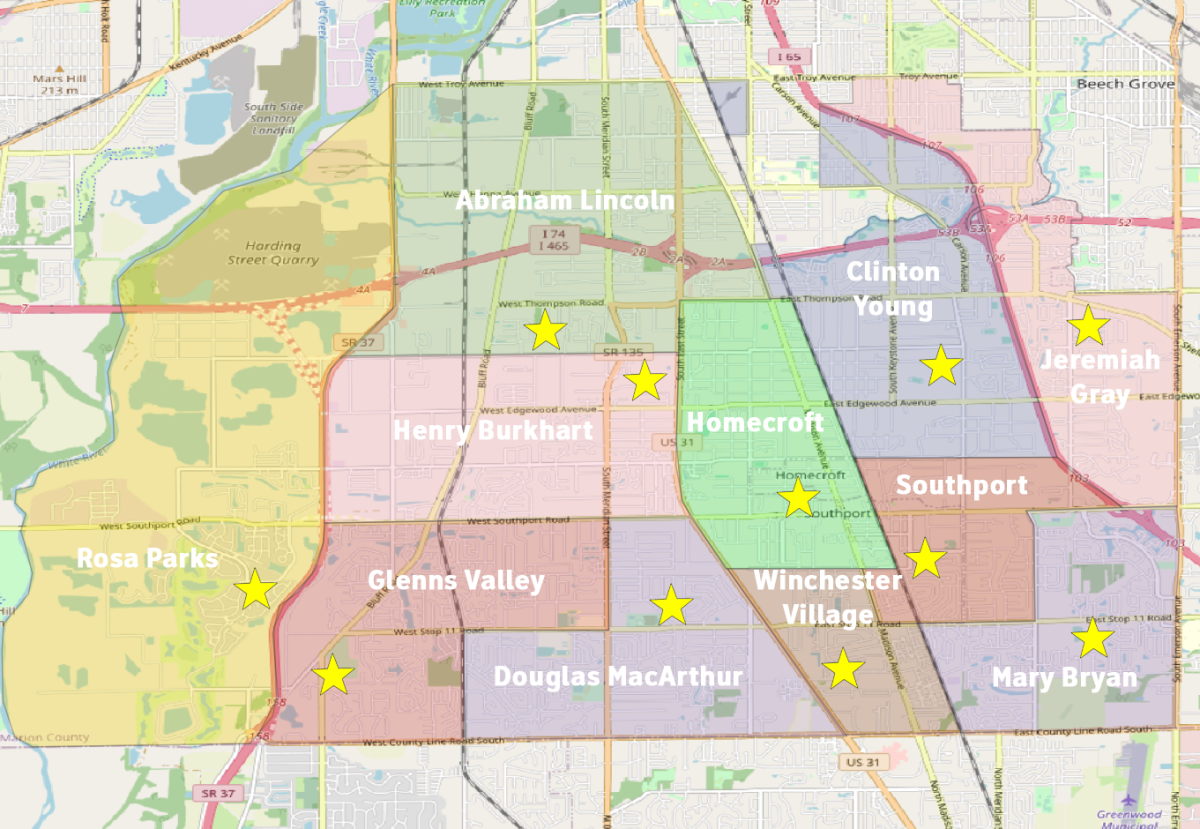 Samantha Kirk said she volunteered many hours to help pass the referendum. She wants board members to vote against any new proposals until more data has been presented.

“How can you sit there this evening knowing that just a few months ago, you begged people to pass this referendum for you and used ‘bussing for all’ as a bullet point, to only turn your back on those same parents that are now asking you to dig a little bit deeper for a better option,” Kirk said.

This fall, Perry Township Schools conducted a boundary study to redraw boundaries for the district’s 11 elementary schools. If approved, new boundaries would go into effect for the 2023-2024 school year.

Model 3 – No Change in attendance boundaries, no buses for two schools

To read a district FAQ about the redistricting proposal go here.

Tags:Perry Township Schoolsredistricting
Support independent journalism today. You rely on WFYI to stay informed, and we depend on you to make our work possible. Donate to power our nonprofit reporting today. Give now.