The Neighborhood Project: Better, Block By BlockThe intersection of 46th and Evanston has that quality that people and planners covet: "walkability." Trouble is, there's nowhere to walk to. For the first part of our series "The Neighborhood Project" we're exploring what it takes for a neighborhood to generate sustainable businesses and a commercial district. url2014-08-06T00:00:00-04:002014-08-06T00:00:00-04:00
Unable to load the audio player.
You could try direct download?
playpausemuteunmute
Listen on

Part one of "The Neighborhood Project"

At the intersection of Evanston and 46th Streets, in the Keystone-Monon neighborhood of Indianapolis, fifteen storefronts sit empty. The only active businesses here are a hair salon, a catering company, a convenience store, and a candy store that looks like a front for something less innocent.  In the middle of a residential neighborhood, with crosswalks and traffic lights, this spot has that coveted trait: walkability. Unfortunately, there’s very little to walk to.

But on a recent Saturday, 46th and Evanston came alive. Local merchants moved in for a day, alongside nonprofits like Keep Indianapolis Beautiful. Temporary AstroTurf medians were laid down on 46th Street, and drivers slowed down; some even honked and waved.  A DJ played hip hop and R&B.

The occasion for all of this activity is a “better block.” (The concept took root in Dallas in 2010). At a better block, an underdeveloped or underutilized area is transformed for just one day, creating the opportunity to get residents thinking about what’s possible.

Former resident Emma Starks works with neighborhood youth through the organization Project One Love. Starks says she moved out in 2001 because two thirds of the houses on her block were vacant.

“I had my daughter, and she was like one year old, and I'm thinking I don't want her to grow up in a community where there's no kids around,” Starks explained. Now, she says, the block where she once lived is full, and families have moved in all over the neighborhood. “I think it’s a good neighborhood, I really do. It has great potential,” she said with a smile.

Starks remembers when these storefronts were full too: she’s seen a cell phone store, a boutique, a church and more come and go.  She’d like to see a business open up at this corner that would cater to children; something like a bowling alley or roller skating rink.

Inside, the storefronts are clean, but muggy – the organizers received permission from the owners to use the buildings, but there’s no electricity.  Ben Harris, one such organizer, sits inside at a table piled with information about how to get involved in the neighborhood.

Harris works for the effort behind this event, the Northeast Corridor Quality of Life Plan. The plan is a collaboration between twenty-three local organizations to shape the future of the area bounded to the west by College Avenue, to the east by Sherman Drive; by 12th Street to the south, and 56th Street to the north. Harris’ official title is Community Builder. Today, he’s hoping to drum up some business interest in this location.

Harris said the event will be a success “if we can get some entrepreneurs, whether that’s local people who have dreamed about owning their own business but never thought it was possible;… local artists, café, bookstore, whatever their dream is. That's how we've seen it happen so many areas,”  Harris said. “It just takes those one or two people who say ‘Yes, I'm gonna follow through, I'm gonna put my business here, and others will follow suit.’ "

If Harris does hear from would-be first-time entrepreneurs, has says he’ll help connect them to resources like free literacy classes at the East 38th Street Library, and façade grants provided by LISC Indianapolis.

People at the better block have different ideas of what they’d like to see on this corner.  But everyone seems to agree on one point: businesses or services that set up shop here must meet the community’s needs.

According to Dave Eckert, former president of the Keystone-Monon Partnership (the neighborhood association here), the businesses that occupied these buildings in the past did not cater to residents.

Future tenants, Eckert said, “need to be things that are not just consulting firms, [not] places where you come in by appointment rather than just walk in off the street.”

Eckert said that neighborhood crime is a reality business owners would have put up with. According to the Indianapolis Metropolitan Police Department’s database, 151 property crimes have taken place in Keystone-Monon in the past six months, as well as 31 incidents of violence.

A business owner here “has to be somebody that's right-minded, that's willing to ride out the rough period until it could start gathering some strength,” Eckert said.  “Because some of the businesses, especially the ones around the corner over the years have been somewhat shady.  There's always been police calls there, people saying ‘Is that really a barber shop? Is that really a candy store?’ and things like that.”

Longtime resident and property owner Nicholas Emeris said that he and his dad have been thinking about setting up a pizzeria on this corner. “Every time there's one or two that pops up we always think that we should open up something,” Nicholas say. But he doesn’t want to be the first.

Fortunately for Emeris, the building at the intersection’s southeast corner will have a new tenant this fall. The space will house a second location for the locally-owned beauty school Textures Institute of Cosmetology. 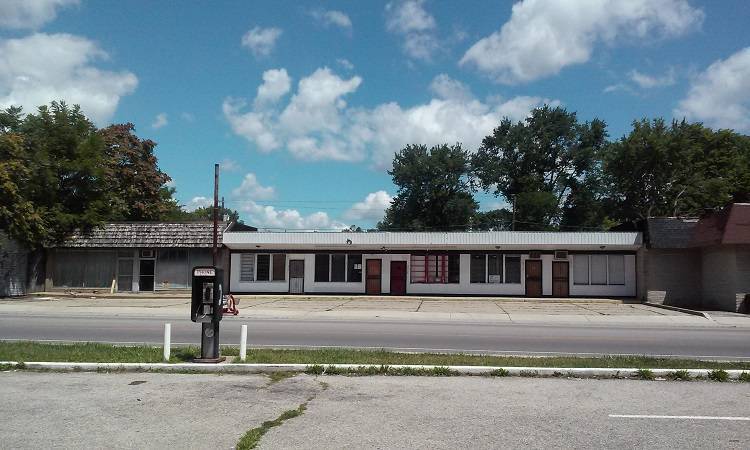 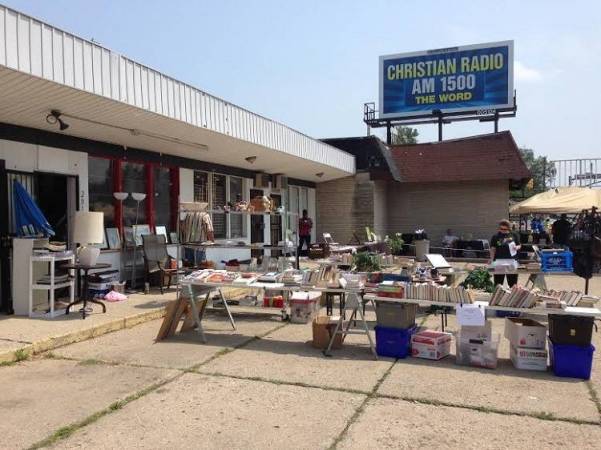 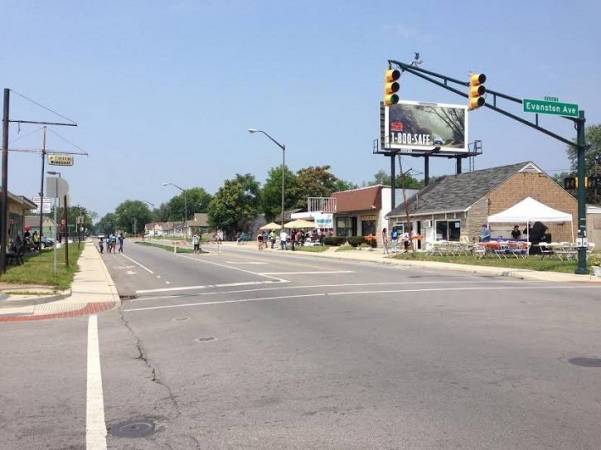 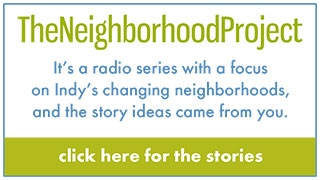