Indiana lawmakers advanced a bill that could derail years of work to improve the Indianapolis bus system. The amendment was added to an unrelated transportation bill last week.

It concerns a provision in a 2014 bill that enabled IndyGo to pursue a referendum. It stipulated the organization raise a 10 percent match of the local income tax, which is nearly $6 million.

"If the law says you have to raise 10 percent, does some organization just get to decide we’re not going to do it?" says Young.

"The promise that they asked us to do, we are fulfilling that promise," says Evans. "These are the things that the voters have said they want. More frequent and reliable service and those are the things we are building on for this community."

About $180 million in federal funding could also be in jeopardy, if IndyGo is unable to move forward with plans.

Tags:IndyGo2020 legislative session
At WFYI, our goal is to cover stories that matter to you. Our reporting is rooted in facts. It considers all perspectives and is available to everyone. We don't have paywalls, but we do need support. So if unbiased, trusted journalism is important to you, please join us. Donate now.

Two Indianapolis Metropolitan Police Department officers have been indicted following the arrests of two women during the downtown protests in May 31.
Read More 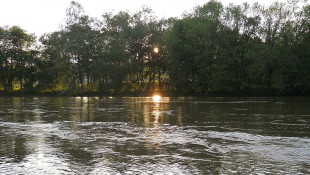 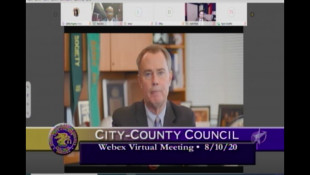 Hogsett Delivers State Of The City And 2021 Indianapolis Budget Proposal

Indianapolis Mayor Joe Hogsett delivered the State of the City speech along with the introduction of the 2021 budget.
Read More