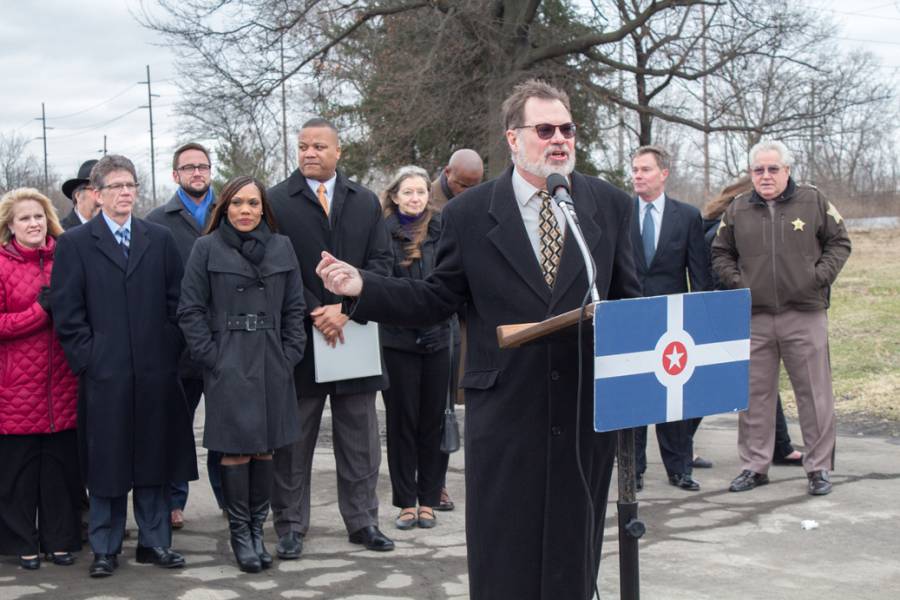 Jeff Sparks, chairman of a neighborhood committee for the project, says he's hopeful it returns Twin Aire to its vibrant past. (Photo by Drew Daudelin)

After months of review, the mayor and his team recommend building the facility where the old Citizens Energy coke plant was located, southeast of downtown Indianapolis.

Hogsett is promising more than just a jail with what he calls a community justice campus. The facility’s planned mental-health center complements the mayor's recently unveiled plan for criminal justice reform. He also wants the project to attract economic growth to the blighted neighborhood around it.

Jeff Sparks, chairman of a neighborhood committee, says he’s confident that will happen.

"The word I’ve been using is transformative," says Sparks, the chairman of a neighborhood committee for the project. "I think we’re going to see, once this opens in three years or so, that this neighborhood is going to become vibrant again."

Sparks says Twin Aire was a lively, popular neighborhood in the 1950's, home of the city's first shopping mall and a popular bowling alley. But development around Indianapolis pulled people away. 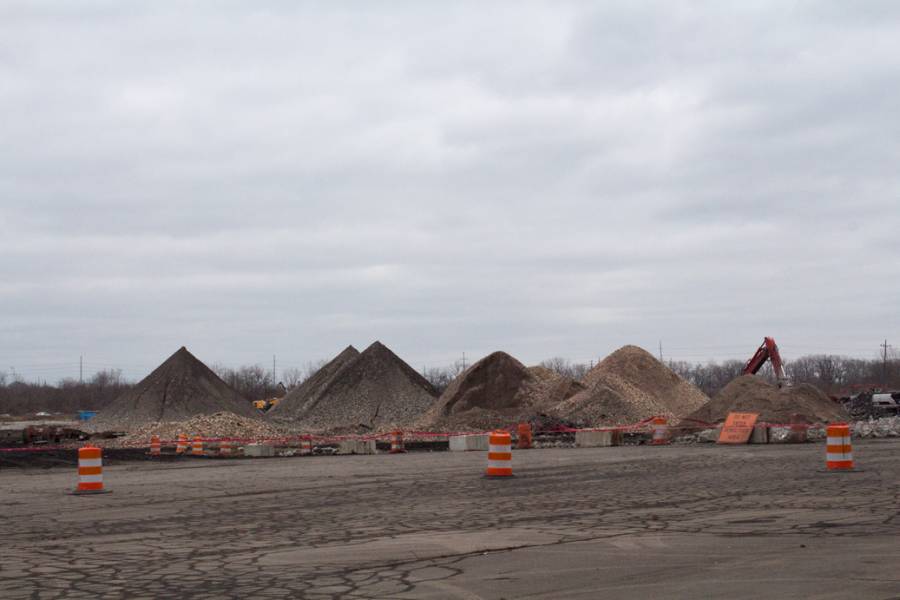 The plot of land is southeast of downtown Indianapolis, between Fountain Square and Irvington. (Photo by Drew Daudelin.)


Some of the neighborhood's residents have lived there since its heyday. Amber Broughton, a local resident and member of the coalition that worked to bring the justice center to Twin Aire, says while some people voiced concerns often heard before new jails are built, neighbors in Twin Aire ultimately reached a consensus.

"We feel like we have had a part of this, which is a nice feeling," Broughton says. "We think opportunities like this are really going to increase revitalization. It needs businesses, organizations and projects like this to step up and join the neighborhood."

Broughton lives a couple of blocks from the old coke plant. She says the neighborhood group has been working with city officials and urban planners since the fall.

But Sparks also recognizes that revitalizing an area can have the adverse effect of raising prices and pushing locals out. He says he and others will fight to keep Twin Aire’s working-class residents, some of whom have called the neighborhood home since its heyday, from having to pack their bags.

"They don't want to be another Fountain Square," Sparks says. "They want this to be a home for the working-class folk."

In a report from the mayor's Criminal Justice Reform task force, plans for the campus include the use of technology such as e-filing and courtroom video conferencing, spaces for counsel/client conferences, and medical, mental health and social services.

The plan is to finish construction on the justice center in the next three years.

In a statement the mayor's office says it will announce the project's cost estimates by February 28.

Tags:mental healthcriminal justice reformMayor Joe Hogsettcommunity justice campusJeff Sparkstwin airejail
Support independent journalism today. You rely on WFYI to stay informed, and we depend on you to make our work possible. Donate to power our nonprofit reporting today. Give now.