INDIANAPOLIS -- The Indianapolis City-County Council decided after a lengthy debate to not override a mayoral veto for the second time over funding for new police cars.

The council had tried twice to use fiscal stability funds to pay for 100 new police cars and upgrades to IMPD training facilities. It voted down a veto override 15-14 Monday night. It needed 20 votes.

Instead, as part of a deal the mayor’s office proposed, a different funding source will likely be used to buy those new cars. The mayor’s office says using the stability fund would have hurt the city’s bond rating. That’s why the controller put the money back after the council moved to spend about $5 million on new cars. The mayor wants to use that money to repay a loan for hiring more cops. The city has since instituted a public safety tax.

While Democratic councillor Zach Adamson said Mayor Greg Ballard is "making a mockery" of city rules, Republican Aaron Freeman said it was "crazy" to keep going in circles in this fight with the mayor's office.

Capital improvement funds will now likely be used for new patrol cars. But it will take an extra month before they can be purchased, when the council meets again. The police officer’s union supported letting the veto stand. It says overriding the veto risked an even longer delay on buying new cars and paying for upgrades to the training facility, because the controller could have again moved the funds back.

There has been an "absolute loss of trust between this body (the council) and the 25th floor," said Fraternal Order of Police president Rick Snyder, referring to the mayor's office.

BlueIndy electric rental cars parked downtown risk being towed away because the council is upset over the contract the car-sharing program has with Indianapolis.

Councillor Adamson has pushed the towing as a show of opposition to the way BlueIndy has been rolled out. The rental service launched Sept. 2, but there have been demonstration cars at the corner of Meridian and Washington streets for several months. The council says those cars are parked illegally.

A council order now states BlueIndy has 60 days to remove the demonstration cars or risk being towed away.

BlueIndy has an encroachment license with the city, similar to what allows restaurants to put outdoor seating on city sidewalks. Many councillors want BlueIndy to have a franchise agreement, which would require a fee be paid to the city and give the council more oversight of the deal.

"This is a gross violation of trust," Adamson said.

Adamson delayed voting to tow those cars last month because he and other councillors were negotiatiing with BlueIndy officials. But those talks have broken down, according to Adamson.

The mayor's office contends the BlueIndy vehicles have valid Right of Way permits and are parked legally. IMPD or the Sheriff's office do not have the legal standing to enforce the council's tow order, a spokesperson for the mayor said.

The council approved a $1.6 million loan to a community development organization to construct a new gorcery store in a part of the Northeast Side that desperately needs one.

The council is granting the federal Housing and Urban Development loan to the Meadows Community Foundation to buy land and build a new grocery store and Goodwill store.

Tags:City-County CouncilIMPDBlueIndy
Support independent journalism today. You rely on WFYI to stay informed, and we depend on you to make our work possible. Donate to power our nonprofit reporting today. Give now. 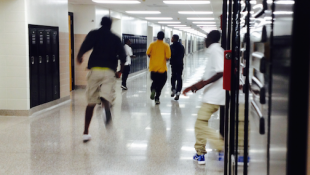 A combination of factors are contributing to Arlington Community High School's unsettled school atmosphere as students skip class, act out and some are even suspected of stealing a teacher's car. The school administration has asked IPS to provide more than 20 additional staff to help. 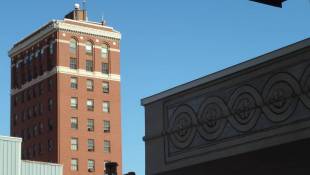