New Study Looks At 'Effectiveness' Of City-County Council. What Does That Mean? 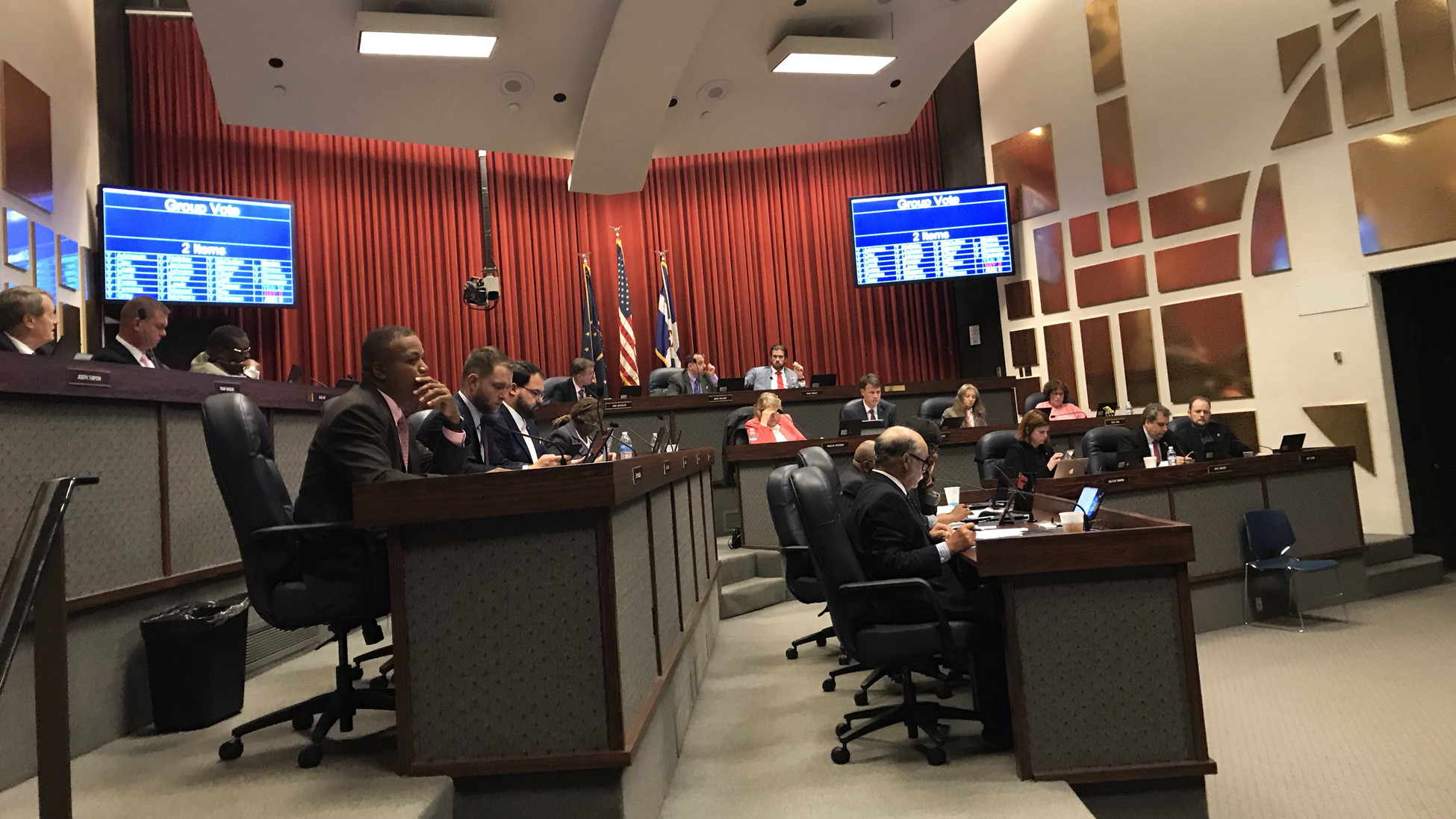 
The Indianapolis City-County Council wants to know how it’s doing – so it commissioned a team of researchers to spend months studying its effectiveness. But what does it mean for a local body of government to be effective?

Cullen Merritt, a professor at IUPUI, is one of two researchers leading the study.

"One of the exciting things is, if there is something on City-County Council effectiveness out there, we have not found it," Merritt says.

Merritt says they looked for research beyond Indianapolis, too, and found nothing.

"The way we're approaching this research is with an understanding that there's probably nothing like this out there," Merritt says. "And that's why this form of public service is so critical."

Merritt and his colleague recently kicked off a research project to study the Indianapolis City-County Council, the 25-member body of government that represents districts in and around the city. Their goal is easy to say, but tough to define – how effective is the Council?

"Part of the issue is it's just a challenging question to measure," Merritt says. "We are putting away any academic notion that already exists about effectiveness. And we want to know, how do these people that we're interviewing perceive of that concept?"

They're interviewing a lot of people to get that answer. They’ll have one-on-one conversations with every councilor, and spend the summer conducting interviews and focus groups with city officials, business and nonprofit leaders, and community advocates.

But probably most crucial to the research will be their conversations with the public.

"In research circles it's known known as 'grounded research.' So we're engaging with the public who could be affected by the City-County Council's work," Merritt says.

Researchers sent surveys to the public with questions about how satisfied people are with their councilor, how involved they are in local politics, and a number of questions about fundamental civics knowledge.

"The most basic question sometimes can be the most powerful," Merritt says. "Do you know the work that the City-County Council is doing for you?"

One person particularly interested in the answer to that question is Vop Osili, president of the council.

"Our job, as I understand it, is to be representatives to our constituents," Osili says. "Are we being effective in doing that? Are we acting as a point of contact, a voice, to ensure that our residents are being heard?"

Osili is the councilor who first approached IUPUI to commission the research. He says a number of councilors have voiced concerns about how they’re doing. It's a challenge, Osili says, to self-reflect and change how you do things when your job is part-time. But he says councilors need to reconsider the different ways they can communicate with the people they serve.

"So this study, to me, goes back to fine tuning processes, or creating new processes, that will make our council, I think, function in the way that is most desirable to our constituents," Osili says.

The final report, planned to finish by December, will include recommendations on how to improve these processes. It will be presented to the City-County Council and released to the public.

Merritt says he hopes it reveals something about the public's understanding of, and level of involvement in, local politics. He says he's excited about the project because it's an untapped, complex issue that needs more attention.

"Even though there is immense focus on federal and state level politics, more times than not, local government officials affect us on a daily basis, and in a very intense way," Merritt says.

Both Merritt and Osili say they hope the study has impact outside of Indianapolis, and outside the state, ideally prompting more academic research into the topic.

"If it were conducted, and the recommendations implemented, I think it could be pretty phenomenal," Osili says. "I think that's the way democracy is supposed to work, that we actually are solid representatives of the people who put us into office. I think that has been the goal for the last 200 plus years in this country. I want to make sure that we are on that road, intentionally."

Tags:IndianapolisCity-County CouncilresearchstudyIUPUIlocal government
Support independent journalism today. You rely on WFYI to stay informed, and we depend on you to make our work possible. Donate to power our nonprofit reporting today. Give now.

Going green: IndyCar to use renewable fuel beginning in 2023

IndyCar will become the first North American racing series to use 100% renewable fuel in its race cars.
Read More

No charges for agents in botched Larry Nassar probe

The U.S. Justice Department said Thursday it will not pursue criminal charges against former FBI agents who failed to quickly open an investigation of sports doctor Larry Nassar despite learning in 2015 that he was accused of sexually assaulting female gymnasts.
Read More 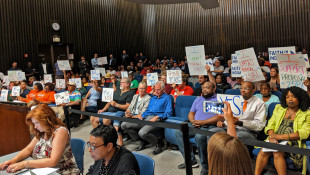 In a packed room, some supported and some opposed the specifics of the proposal. But many voiced concerns before the vote over how the city approached the problem.

All IN was a live, statewide talk show about interesting things happening in Indiana. The program connected people — to the latest news and to each other — through deep, thoughtful, lively conversation. While the show ended production on March...