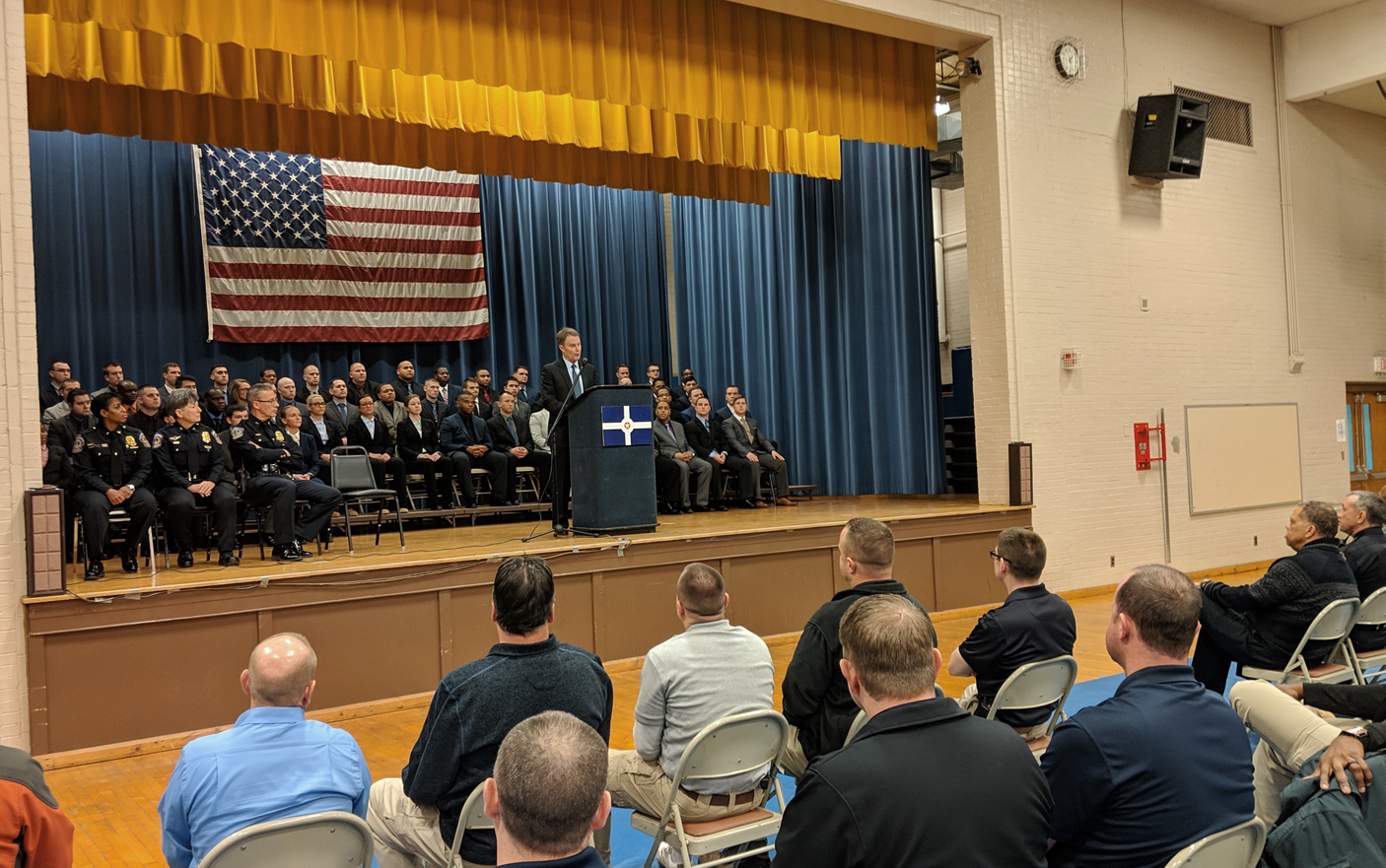 The need to grow IMPD's police force has been a key part of Mayor Joe Hogsett's messaging as he and his administration push to improve public safety in the city. (Drew Daudelin/WFYI)

It’s part of an effort to grow the police force, a key part of the Hogsett administration’s effort to improve public safety in the city.

“And as the police force grows, we will continue to multiply the number of beats in our community-based beat policing approach," Hogsett says, "drawing closer and more familiar connections with the communities that our officers protect.”

Police Chief Bryan Roach says the new starting salary puts IMPD in a competitive position with other police departments. IMPD has struggled to grow its force, a problem police departments in Indiana and around the country have faced in recent years.

IMPD is also launching an incentive program that gives sworn merit officers up to $500 when they recruit a qualified candidate.

Tags:IMPDpolicerecruitssalaryIndianapolisMayor Joe Hogsett
Support independent journalism today. You rely on WFYI to stay informed, and we depend on you to make our work possible. Donate to power our nonprofit reporting today. Give now.