During a virtual press conference Monday, the Indiana State Teachers Association called on lawmakers during the 2022 General Assembly to allow educators to negotiate on issues related to health and safety, class sizes and teacher prep periods.

The demand comes a decade after Indiana lawmakers stripped teachers unions of the right to bargain for anything other than wages and wage-related items. Legislation to restore collective bargaining rights for teachers will likely face significant headwinds in the Republican-dominated General Assembly, given that Republican lawmakers previously passed laws to weaken teachers unions.

Keith Gambill, president of ISTA, said the union has made significant progress to increase teacher pay, but that it is necessary to change working conditions to retain educators and encourage more people to enter the field. As of last Friday, Gambill said 212 Indiana school districts had starting salaries of $40,000 for all teachers. He applauded the progress on salaries, but said more work needed to be done.

That appears to be an overall increase from previous compensation levels. Last year, a report released by Gov. Eric Holcomb’s Teacher Compensation Commission found the average starting salary for teachers in Indiana was $36,498.

But pay is not the only issue impacting educators in the classroom.

“The shortage of teachers compounded by the substitute shortage has teachers working even longer hours without time off and no time for planning,” Gambill said. “We have teachers working 12 hour days or longer on top of second and sometimes even third jobs.”

He said the current situation is “unsustainable” and that educators need a “lifeline” from the General Assembly. Gambill said solving the teacher shortage is especially important given the impacts of the coronavirus pandemic on student learning.

“And everyone seems to agree that we need to get them back up to grade level,” he said. “However, this important work is hampered by overworked staff and growing class sizes.”

Three teachers from across the state also spoke during the virtual press conference. Jessica Ramirez, a special education teacher at North Side Middle School in Elkhart, said large class sizes can decrease the quality of instruction and lead to behavioral disruptions.

“Experiments have shown that too many animals in the same cage will turn on each other,” Ramirez said. “Similarly, too many students in a small classroom may start to pick at each other.”

She added that teachers are the experts on gauging what their students need.

“If we have a class that has a large number of students with educational deficiencies, we need smaller classes because one teacher can only do so much,” she said.

Jenny Whitaker, a math teacher at Warren Central High School in Indianapolis, said teachers should be able to advocate for safe working conditions for themselves and learning conditions for their students. She said this could include issues related to lead content in school water systems, inadequate ventilation and sick building syndrome.

Additionally, Whitaker said teachers are under increased stress. She said addressing health and safety issues in collective bargaining could ease some of the strain on educators.

“Knowing that our on-the-job issues are being addressed can give us a sense of security so that we can focus our energy on providing the creative quality education that our students need and deserve,” Whitaker said.

Lori Young, a science teacher at F.J. Reitz High School in Evansville, said teachers should be given the right to preserve their prep periods. She said teachers use planning periods to meet with students, build relationships with colleagues, community members and parents and to take care of their own basic needs.

“If you have ever encountered a teacher who hasn't gone to the bathroom for four hours or more, you know what I'm talking about,” Young said. “Personal planning time should be sacred.”

Gambill said if teachers are given the right to bargain on issues related to class sizes, health and safety, and prep periods, he expects fewer educators will retire early or leave the field altogether.

“There's much more to the working conditions than just salary. And because we have not been able to negotiate these items, we've seen an erosion over the past years,” Gambill said. He acknowledged that curbing the teacher shortage will take time, but “we believe if we make the positive changes necessary, we will be able to perhaps gain back some of those who have left the profession or who are seeking a second career path.”

Gambill also cited the results of a statewide survey commissioned by ISTA that found that 8 in 10 Hoosiers polled supported allowing teachers unions to bargain on issues related to health and safety, class size and planning periods.

The 2022 General Assembly’s ceremonial organization day is Tuesday. The session will begin in January.

Tags:Indiana State Teacher's Associationteacher payteacher shortageK-12collective bargaining
Support independent journalism today. You rely on WFYI to stay informed, and we depend on you to make our work possible. Donate to power our nonprofit reporting today. Give now. 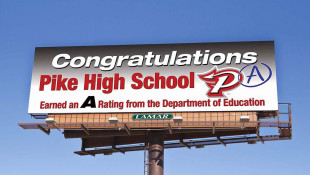 Pike Township schools were forced to suddenly close due to lack of teaching staff and amid a dispute over pay with the local education association. 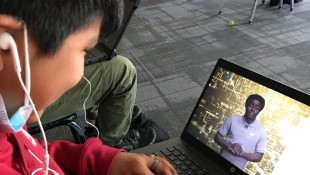 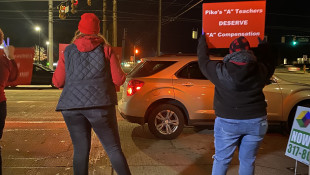 At least 100 Pike Township Schools teachers and families rallied in support of educator pay raises as the district and local union are at a standstill over a new contract.