MINNEAPOLIS (AP) — The Minnesota Lynx evened the best-of-five WNBA Finals at one game apiece with a 77-71 victory over the Indiana Fever on Tuesday night.

Minnesota's Sylvia Fowles made 10 of 13 shots and Maya Moore added 19 points and eight boards for the Lynx, who are looking for their third championship in the last five years.

Briann January scored 17 points and Tamika Catchings had 11 points, nine rebounds and five assists for the Fever, who nearly won their second straight game on the road to open this rematch of the 2012 series won by Indiana.

Game 3 is Friday night in Indianapolis.

The Fever have announced that 2,300 free tickets for Game 3 will be available for local fans beginning noon Wednesday at the Bankers Life Fieldhouse Box Office.  Fans may collect up to four tickets per person.

Tags:IndianapolisWNBAIndiana FeverFeverMinnesota LynxIndianapolis sportsWNBA FinalsLynx
Support independent journalism today. You rely on WFYI to stay informed, and we depend on you to make our work possible. Donate to power our nonprofit reporting today. Give now. 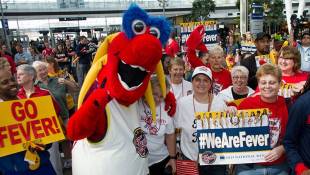 Indiana Fever fans will have a chance to get free tickets to see Game 3 of the WNBA Finals at Bankers Life Fieldhouse. 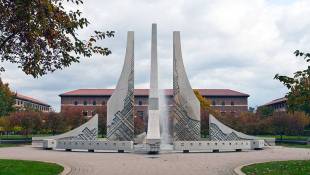 Purdue Researcher Gets $1.4M To Study Women In Engineering

Purdue University associate professor Monica Cox in the School of Engineering Education says her funding from the National Science Foundation will help the three-phase study look at topics including how women overcome the barriers many traditionally face in engineering.