A gathering of a few hundred people in downtown Indianapolis Friday stretched from the afternoon until the night ended in police officers releasing tear gas and shooting pepper balls at the crowds.

That set off hours of chaos Downtown that stretched into early Saturday when a CVS drug store was set on fire.

The protest, like others around the country, follows the death of George Floyd while he was in Minneapolis police custody.

Officers with the Indianapolis Metropolitan Police Department wore riot gear as they faced off with protesters at the corner of Market and Illinois streets. Police shot gas canisters and pepper balls. Protesters threw parking cones and other projectiles toward officers. Windows of business near the Statehouse were smashed.

On the minds of many is the recent shooting death of Dreasjon Reed by an IMPD officer earlier this month.

People were heard chanting “Who killed Dreasjon Reed?”  Protestors say they want IMPD to release the name of the officer who shot Reed. The group also chanted "Whose streets? Our streets," "Black lives matter" and anti-IMPD calls related to Reed's death.

The rally started early in the afternoon on Monument Circle and gained more followers throughout the evening. IMPD and other police officers blocked traffic throughout the downtown area as protesters made their way freely through the streets, often stopping in intersections to chant.

Shortly after 10:30 p.m. a call was made by one of the protesters to head home and return at 4 p.m. Saturday to Monument Circle. But dozens then made their way back to the monument where they blocked traffic for a short period of time.

By 11 p.m. IMPD officers could be seen arriving in squad cars, exiting their vehicles and putting on gas masks. Soon, an officer on a loud speaker told the protestors they were illegally assembling and would be arrested if they did not leave

IMPD officers now on Market and Illinois in Indianapols saying it is illegal assembly. Asking to disperse. Officers in gas masks. pic.twitter.com/6oTRv4bLqW

Police then used tear gas to disperse the crowd.

Police were seen tackling and arresting some protestors near the Statehouse. They also fired projectiles at protesters.

IMPD now shooting what appears to be rubber bullets at protestors in Indianapolis at Statehouse. pic.twitter.com/gjyKTcjSCm

Information on arrests and injuries were not immediately available.

During the night, IMPD reported two incidents of gunfire at officers. The department reported a suspect was in custody related to shots fired at a Monroe County Sheriff's Department deputy at 1 American Square. An IMPD officer was fired at on the Far Eastside at 1540 Brookville Crossings. No one was injured in either incident. 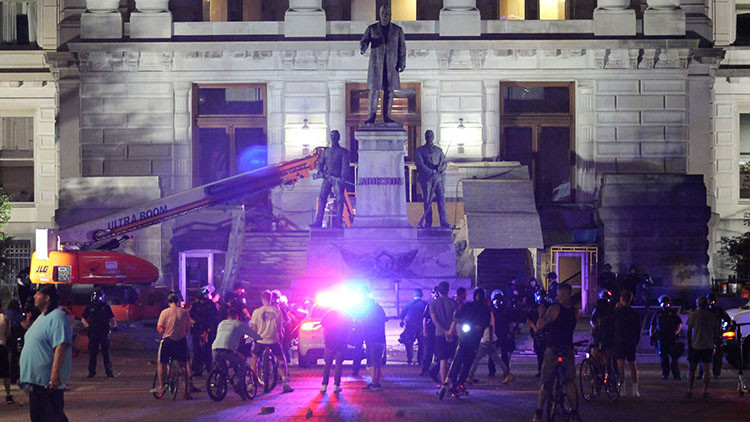 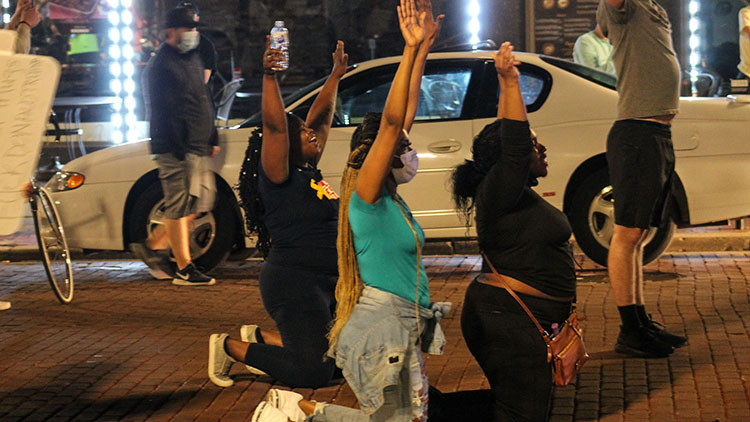 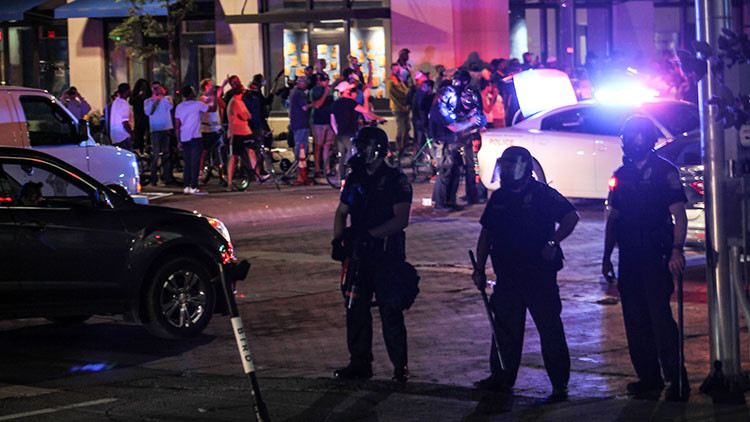 Tags:IndianapolisIndianapolis Metropolitan Police Departmentracial justiceprotests
Support independent journalism today. You rely on WFYI to stay informed, and we depend on you to make our work possible. Donate to power our nonprofit reporting today. Give now.

Police And Protesters Square Off In Fort Wayne

What began as a peaceful protest early Friday evening on Fort Waynes Courthouse Green turned into tear gas and riot gear by 8 p.m.