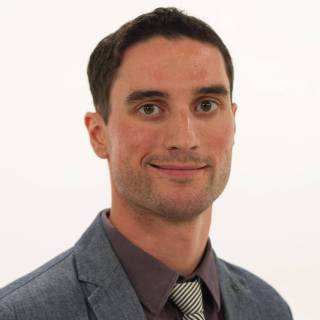 Ryan Delaney is WFYI's city beat reporter. He covers Indianapolis, with a focus on city government, neighborhoods and public safety.

Ryan joins WFYI from Syracuse, N.Y., where he was an award-winning reporter with WRVO Public Media and the Innovation Trail reporting project. He has previously worked for WAER in Syracuse and WAMC in Albany, N.Y. Prior to that, he filed stories for The Allegheny Front in Pittsburgh. His reporting has been heard on NPR, The Takeaway and WBGH’s Innovation Hub.

Ryan grew up in Burlington, Vt. and has a degree in broadcast journalism and international relations from the S.I. Newhouse School of Public Communications and Maxwell School at Syracuse University.

IMPD Gets Proactive Toward Crime With New Data Center

A Visit to Mayor Hogsett's Office on His First Day

Hogsett Lays Out Public Safety Strategy, But 'Proof Will Be in the Performance'

Where Do We Go From Here? A Community Conversation

WFYI's Terri Dee and the Indianapolis Recorder's Oseye Boyd were joined by community leaders to discuss what sparked the protests and possible solutions to those deeply rooted problems. Representatives from the black community discussed racial inequalities, disparities in health care and what the community can do to help move the conversation forward.

The recommendations come amid protests across the state about racial justice and police brutality.