The Public Safety and Criminal Justice Committee of the Indianapolis City-County Council has had some long nights this fall.  At meetings where the $296 million police budget was considered, dozens of pages of public comments, submitted by hundreds of people, were read aloud for hours.

They called on councillors to defund the police and reinvest in communities and social services.  Special attention was given to one issue.

“I would like to see the budget allocated to mental health resources,” read testimony from Claire Kenshyro.

“Transfer MCAT to a health care organization without IMPD officers on the teams,” read testimony from Kelly Hannon at a September meeting.

MCAT, or the Mobile Crisis Assistance Team, was established in 2015 as part of the Indianapolis Metropolitan Police Department’s Behavioral Health Unit, BHU. It was in response to a high number of people experiencing mental health or substance abuse problems in jail and those corresponding 911 emergency calls.

The effort aimed to divert people from the jail and negative police encounters, by connecting them with services. BHU Sgt. Lance Dardeen said it works.

The teams are a collaboration between IMPD and Eskenazi Health, and they have a 96 percent non-arrest success rate. Dardeen said they do this by providing resources instead of a trip to the Marion County jail.

IMPD Detective Bradley Henshaw works with the unit. It’s his job to follow up with many of the people who come into contact with MCAT.

“What are your needs? What are some things that not only the police but the city can do to help you -- whether it's housing issues or mental health issues, or people even had complaints about hey, there's some trash building up in the alley.” 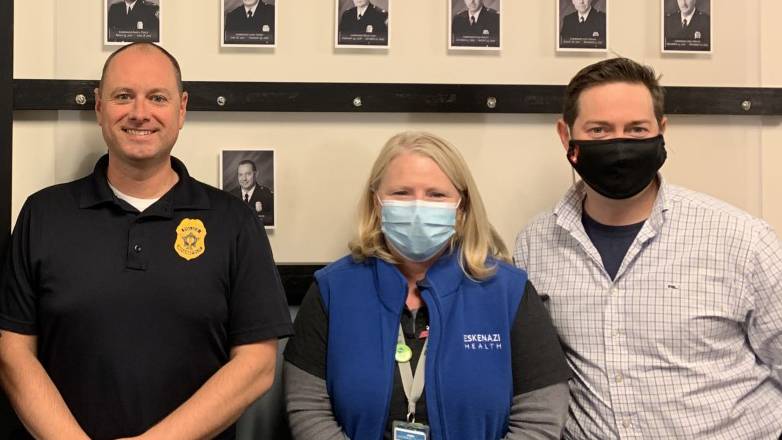 Success stories include a woman experiencing mania who was able to receive mental health care and a man suffering from substance use disorder who is able to connect with housing and treatment. But it doesn’t always work perfectly.

He does not oppose the aims, but he has criticized some outcomes, specifically an incident with IMPD and a woman experiencing a mental health crisis last year at an east side church. Eleanor Northington went to a service with her daughter when she became disruptive and started yelling at church-goers.  Police were called to respond after parishioners couldn’t calm her.

It was an off duty officer at the service, who also happens to be a member of IMPD’s behavioral health unit, that called 911.

“If this is the case, you know, how come one of your officers went out last year and was involved in this incident with this elderly woman at the church,” Evans said. “And you know -- how come MCAT was involved in the outcome of this?”

Police said they would like all officers to be better trained in mental health response.

But many say involving law enforcement in the response of mental health and substance use disorders only perpetuates problems. Evans has advocated to find ways to respond to crisis events without police but instead with mental health response teams made up of other experts who are able to respond without fear of criminalization.

Knowing Where To Turn

Members of IMPD’s MCAT and BHU are well positioned to help people connect with social services. They know exactly who to call and where to find support.

Dardeen said there are more resources than are being used because many people don’t know how to connect with them. He gave the example of someone in a tough place because of a recent coronavirus-related death.

“They haven't been able to grieve in a way that is most appropriate for them because of COVID,” Dardeen said. “They don't know that the National Alliance of mental illness offers grief counseling classes.”

But Henshaw said making those connections takes staff and MCAT is stretched thin.

“Our workload is pretty significant and the individuals that we have to follow up with,” Henshaw said.

It’s the follow up that can be difficult. Making sure that people who have received services continue to get help. Henshaw said he makes a lot of calls.

“Is there anything that I can do for you? Are you linked to services? If you are great, are you maintaining your appointments? If you're not please let me help you maintain that because the goal is to keep you out of trouble if there's potential for that to occur,” Henshaw said.

Another problem is a lack of providers. The MCAT has had to readjust their hours because there is often nowhere to refer people after hours or overnight. They also don’t have teams on the weekend.

A recent study of how mental health and substance abuse influence crime on Indianapolis’s Near Eastside found people in the community agree there is a clear correlation. The near east side is one of city’s neighborhoods that has historically struggled with disproportionate levels of poverty and violence crime.

READ MORE: How One Indianapolis Neighborhood Is Looking For And Finding Solutions To Inequity, Poverty And Violence

Indiana University Public Policy Researcher Kelsie Stringham-Marquis led the study at the Center for Research on Inclusion and Social Policy.

“We heard from criminal justice professionals that they often wanted to help but didn't have a good awareness of where to send people and sometimes didn't have the time or capacity to do a lot of that social work like following up and doing referrals,” Strigham-Marquis said. 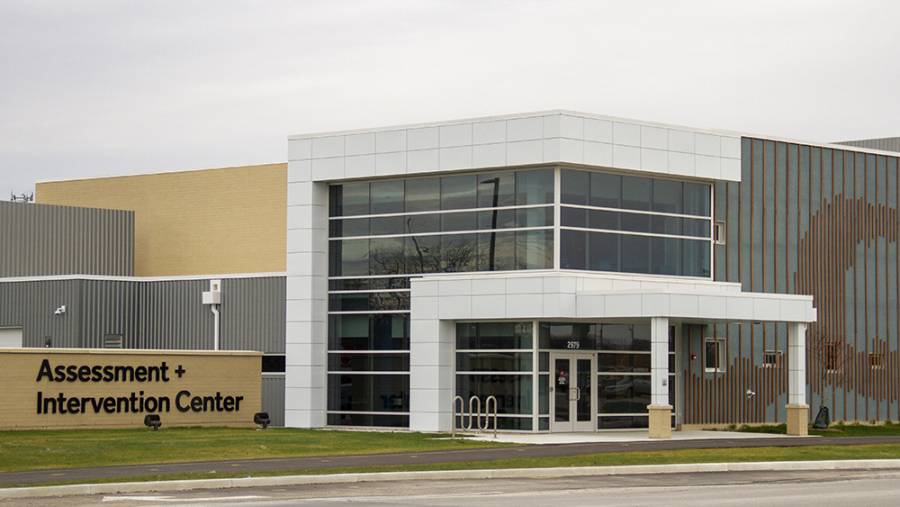 The city’s only free treatment option for people experiencing homelessness, the Rueben Center, was shut down during the pandemic. It has since reopened in the city's new Assessment and Intervention Center.  The AIC is a new place to help address mental health and addiction by diverting people from jail and providing treatment and services on site.  When fully operational it will be able to help up to 60 individuals. MCAT officers have space in the building.

Still for many, affordable and accessible mental health treatment is simply out of reach within the current system.

Crisis Isn't The Only Concern

The MCAT is a response to problems that are years in the making. People with untreated trauma brought on by substance abuse or mental health disorders that have never been addressed properly can end up in crisis at any time.

Stringham-Marquis, said the research links these disorders to disadvantage.

“So, prolonged community stress, prolonged economic stress can lead to the development of substance use disorders," Stringham-Marquis said. "And that combined with housing instability and some of these other social things that we heard about and observed -- these interlocking factors that are really the root causes of crime. It's not just a single thing.”

This year also exacerbated problems. Many service providers report an increase in substance abuse problems during the pandemic, and it hit the most marginalized neighborhoods the hardest.

Evans said he supports a preventative approach, one that is restorative instead of punitive.

“There are a lot of these root causes that happen before any crime even takes place.” Evans said. “When there is poverty. When there's vacant buildings, dilapidated housing. When there's all this infrastructure that doesn't get fixed. When there's education that's lacking.”

And programs like MCAT are only a small piece of the puzzle.

Community artist, leader and activist Wildstyle Paschall asked at a recent Public Safety and Criminal Justice Committee meeting if what's being done to provide social equality isn’t working, and if it's known what’s at the root of the problem, is there a will to change?

The Indianapolis City-County Council recently passed an amendment in the IMPD budget to expand capacity for the MCAT.

Tags:mental healthMobile Crisis Assistance TeamIndianapolis Metropolitan Police DepartmentIndianapolis City-County Council
Support independent journalism today. You rely on WFYI to stay informed, and we depend on you to make our work possible. Donate to power our nonprofit reporting today. Give now. 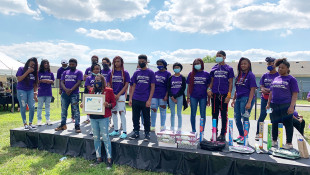 Indianapolis's Far Eastside has dealt with years of social disadvantage. Now the pandemic magnifies those inequities, and all of that can fuel violent crime. 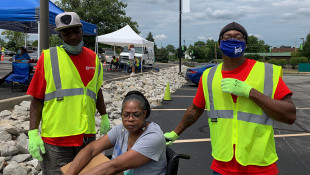 More than 200 food pantries, distribution sites or meal programs are set up across Marion County any given week, and all reported a spike in need this year. 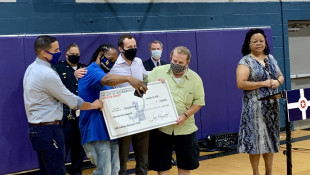 Grassroots Organizations Often Struggle With The Cost Of Change

Many say grassroots nonprofit groups can reach those in need faster and more successfully, but achieving sustainability can be a challenge. 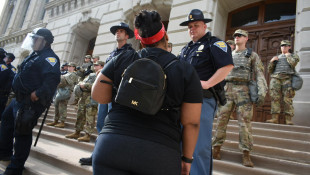 Public health and criminal justice officials say improving the police's relationship with the community isn't possible without addressing mental health -- both with law enforcement and the people they serve.